This article originally published in the Winston-Salem Journal 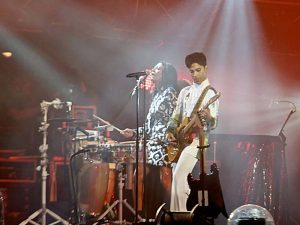 Even though Prince, the master showman and electric guitar virtuoso, appreciated the big stage, he probably would not have liked the drama following his death becoming a stadium spectacle.  Following his tragic death, hundreds of claimants, including his own half-siblings, their smiling lawyers, lovers that no one ever knew about, and love children of lovers that no one ever knew about, have come forth, seeking a part of Prince’s potential $500 million estate.  The claims have gotten so out-of-hand in Minnesota that a judge has ordered Prince’s blood to be genetically sequenced, in order for the courts to start eliminating some of the false heirs.

A half-billion dollar payoff will bring out a lot of lottery contestants.  So why did Prince, who was very comfortable using lawyers to protect his recording assets and his professional image, neglect to complete his estate planning?  The answer may be pretty mundane.  One of Prince’s lawyers, who had worked with him for many years, remarked:  “I really don’t think that Prince thought that he was going to die just yet.”

Like many of us, it seems that Prince may have simply looked away from something fundamental to his life here on Earth:  even The Artist (Formerly Known as Prince) would pass.

Prince remains in good company, however:  many wealthy celebrities have been caught short, dying without wills.

Pioneering African-American professional quarterback Steve McNair, of the Tennessee Titans, was unexpectedly murdered in his Nashville hotel room at age 36, leaving a $90M estate and no will.  When Sonny Bono died without a will after hitting a tree while snow skiing, a man claiming to be his illegitimate son later showed up, making a claim on his estate.  Rock guitarist Jimi Hendrix died without a will, leaving an estate battle that burned on for over 30 years.  The legendary reggae singer Bob Marley died in 1981 with a $30M estate and no will, with dozens of claimants arguing for possession.   And artist Pablo Picasso died without a will in 1973, leaving 45,000 works of art, and an estate now several billion dollars in size, but not completely settled.

Prince was known to be both philanthropic and generous.  But he may lose over half of his estate to government estate taxes.  Assuming a $500M estate (which music intellectual property experts have estimated), the 2016 federal estate tax individual exemption amount at $5.43M, and the 2016 federal estate tax rate at 40%, Prince may lose approximately $198M to the federal government.  And with Minnesota’s estate tax exemption amount at $1.6M, and with its upper estate tax rate at 16%, Prince’s estate may lose an additional $80M to Minnesota estate taxes, for a total $278M in funds lost to the government.

For a lesson in estate planning, it’s too bad that Prince did not model another celebrity, Hillary Clinton.  Clinton, a lawyer by training, and her husband Bill, have shielded millions of dollars of personal assets within the Clinton Foundation, in a way that has magnified their influence and shielded these funds from estate taxes.

If Prince had established his own large charitable foundation, that organization could have additionally benefitted the people in his home state of Minnesota so greatly that they surely would have added the color purple to their state flag.

Those with smaller estates can learn from the Prince case, because without a will, the same behavior may repeat on a smaller scale.   In 2015, I was attending a family business event, when a father I met there told me a story about how important a will could have been to his family.  The father told me that his oldest son did very well in school, and eventually came to work in Washington, DC.  While in DC, his son was successful enough to purchase a home in the prestigious Georgetown area.  But his son then died young, without a will.

After that, unwelcome family members emerged from three different states, trying to get a piece of the son’s Georgetown real estate.  The matter had to be litigated over a several year period, at a great cost, and causing significant stress to the son’s close family.

Planning ahead by enacting proper estate documents remains the best way to prevent such family disasters.