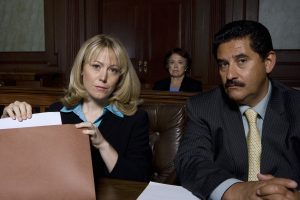 Because a will becomes a public document once its author passes away and probate begins, anyone can view the probate file and see what assets were left to whom.  A disgruntled or disinherited will heir can use the long, open probate process to his or her advantage, using a court process to tie up estate assets so that probate cannot effectively proceed.  Thus, the will challenger can potentially hold the executor and listed will beneficiaries “hostage” by blocking distribution of their inherited assets, which can give the challenger a lot of power to force a settlement with the will executor (and beneficiaries.)

Several features may make a trust harder to challenge in North Carolina.  Assets held in valid trust do not go through the probate process.  In addition, North Carolina law protects trust privacy.  Only trustees or beneficiaries actually named in the trust are legally entitled to receive a copy of a trust, or an accounting from the trust, without a judge’s order.  So, a challenger disinherited from the trust (and his attorney) may not be easily able to get a copy of the trust from the trustee–it may thus be much harder to challenge distribution of the assets with no road map to follow.  And, unlike the probate of a will, the trustee is not legally required to give notice to all of the heirs of the deceased trust grantor.

The following two methods are commonly used by attorneys to challenge wills:

duress or undue influence challenge–the challenger attempts to prove that the testator was pressured by someone else (such as another heir) to leave the challenger out of the will.

Capacity, duress, or undue influence may also be argued in a revocable trust contest case, but these arguments can be harder to win.  The following example demonstrates why.

EXAMPLE:  When widowed Dad turns 70, he has a lawyer draft a revocable trust for him, where he leaves all of his assets at his death to Good Son, who has good manners, is always around, and always helps out.  Dad disinherits Bad Son in that document, who joined a motorcycle gang 25 years before, rode out to Las Vegas, and never looked back.

The revocable trust that Dad signed at age 70 is a “living” trust, meaning that dad “funds” the trust with all of his assets right away, and in this case manages these assets himself as trustee of his own trust for 15 years, until Dad turns 85.  A dementia diagnosis at age 85 causes Dad to resign as trustee, and turn over the management of his trust assets to his successor trustee Good Son.

When Bad Son learns in Las Vegas that Dad has passed away at age 87, Bad Son hops on his Harley, and rides back to North Carolina to find an attorney to help him get Dad’s assets (Bad Son assumes that Dad would not knowingly leave Bad Son any assets.)  Good Son confirms (as trustee of Dad’s trust) that Dad did not leave Bad Son anything.

Bad Son finds a North Carolina lawyer to consult.   The lawyer Bad Son visits has some bad news, and recommends against attempting a lawsuit.  Because Dad set up the revocable living trust at age 70, and picked Good Son as the sole beneficiary at that time, Dad has a 15 year history of successfully managing Dad’s own assets after selecting Good Son as sole beneficiary.  With Dad’s successful 15 year history of competently managing his own assets, it would be extremely hard to prove that Dad was not previously competent to set up the trust at age 70 (when he left Bad Son out.)

The extra difficulty in challenging  Dad’s revocable living trust could cause Bad Son to ride back to Vegas, and look for some other trouble to get into.