WTOB FM/AM Radio in Winston-Salem, NC interviews elder, special needs, and estate planning attorney Vance Parker as he explains how it does not take much money to better protect your rural North Carolina real property from accident liability risks.

For a published, written version of this article, please also see:

Vance talks with WTOB Radio every Tuesday at 4:38 pm, educating the public about elder and special needs law, and estate planning topics.

Lords and Kings: A Brief History of Asset Protection in North Carolina 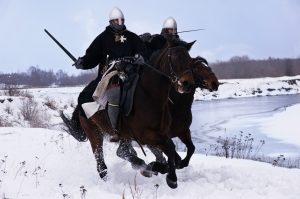 The basic right of a person to dispose of his or her possessions at death (testamentary transfer) originated in ancient times.  The ability for the deceased to then protect the transfer of those possessions against claims by the State or government, or against other creditors, also originated in legal traditions which began hundreds, or thousands, of years ago.  North Carolinians benefit from both legal traditions.  Our ability to direct our assets and cherished possessions that we collected while on earth to those we wish, may represent our last basic freedom exercised when we leave this world.

The ancient Greek biographer and essayist Plutarch  (born approximately 46 AD), attributed the legal reform allowing a person to freely transfer his belongings at death to whomever he pleased, to the Athenian legalist Salon, born about 630 BC.[i]  The ancient Romans later developed “fidei commissum” (meaning to commit something to one’s trust), a sophisticated system developed to leave property to one’s heirs after death (testamentary trusts.)[ii]

The English legal scholar William Blackstone explains that the law that developed in many societies gives a real property owner, who occupies a property, the right to peaceably transfer that real property at death, according to his wishes, to another chosen owner and occupier.  Blackstone notes that this ordered transition of real property from one owner and occupier to another was necessary “for the peace of society,”[iii] and prevents “an infinite variety of strife and confusion.”[iv]

The real property laws transferred to, and now used in North Carolina, were originally developed several hundred years ago within the English feudal system.  At that time, the king was the only absolute owner of land, with his lords subsequently holding land from the king.  The practice of “wardship” provided that a lord would provide land to a male tenant (where the tenant could grow crops and raise livestock, marry, and raise a family.)  In exchange, the tenant provided services such as military service, or “knight service”, to protect the lord and king.[v]

Originally, at the ward’s death, all land reverted to the lord, and the widowed wife and children could then become impoverished.  The lords, and kings, eventually learned though that the wards would fight harder for them if the wards and their families were better treated, and thus began to allow the wards to keep the land within their families.[vi]  Extended families or clans now developed on inherited lands, that would fight hard for the lord and king.

Because families could now keep their livestock and crops on land that they had a continued right to occupy, widows and children no longer became so impoverished upon the father’s death.  More prosperous families meant that the lords and kings now had access to more wealth within their kingdoms which they could tax, in order to fund their extended wars and military campaigns.

Two types of concurrent real property possession developed in feudal England 600 years ago that provided additional financial protection to families.   Both joint tenancy (land held by more than one person) and tenancy by the entirety (land held as one unit by husband and wife) landholders enjoyed the right of survivorship (the decedent’s land was automatically passed to survivors), and freedom from the estate creditors of the decedent.[vii]

The Catholic Church was one of the first European organizations that took advantage of a “perpetual existence.”  As corporate law later developed in England, the concept of personal asset protection for investors, or stockholders, in risky businesses was first used in the 1600s by the Dutch East India Company.  The Dutch East India Company, which issued what were likely the first stock certificates, played a major role in the Western exploration of the entire world.[xiii]

The ability of investors to invest in bold new corporate enterprises while keeping their personal assets safe, which spread from England, through Europe, to the United States (and North Carolina), was significantly responsible for the entire industrial revolution, and for much of the wealth and prosperity that many North Carolinians still enjoy today.

Most asset protection techniques now available to North Carolina citizens, and protected under federal and state law, have been many, many years in the making.  By allowing more families to keep more of their assets, our economy continues to provide jobs and income, our people enjoy a healthier and more successful existence, and our government earns more tax dollars from its more prosperous citizenry, which it can better distribute to our less fortunate.

[i] Plutarch, Plutarchs Lives:  Translated from the Original Greek, with Notes, Critical and Historical, and a life of Plutarach.  New York:  Derby & Jackson, 1859. 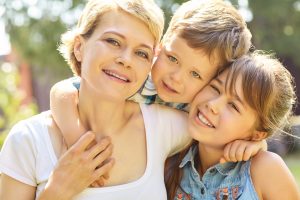 Whenever I draft wills for a young couple expecting their first baby, or for a couple who already have at least one child, I always set up a children’s asset protection trust for them within the will documents.  In case the parents pass away before their children have finished their education, or in case the parents become incapacitated so that they can no longer financially care for their kids, the parents always want to plan for a responsible adult family member or friend to manage their children’s assets for them as trustee of the children’s asset protection trust, in a way where the assets of the children’s trust will be protected against any possible future liability, creditor, or financial problems encountered by one of their children.

Many of my client parents initially ask me for the following will planning:

This is a pretty good strategy, but it can be greatly improved!  The parents’ desire to receive their deceased spouse’s assets unhindered in cash (in Step 2 above), and life insurance benefits unhindered in cash, may leave the liability window open!  This open liability window could seriously chill the financial outlook of both the surviving parent, and the surviving children.

Most parents would want to guard against the following tragic scenario:  The dad is works late one night, falls asleep at the wheel driving home, and has a car accident killing both himself and the driver of the other car.

As is typical, both the mom and the dad are the co-owners of the car that dad was driving.  The opposing plaintiff’s attorney receives a large financial judgement for the family of the other deceased accident victim, greatly in excess of mom and dad’s automobile liability policy limits.

If the unlucky mom and dad had set up a sweetheart will, where many of the deceased dad’s assets flowed directly to the mom in cash, and the dad’s $500,000 life insurance policy benefitted mom directly, both mom and the surviving children may be in trouble!  The dad’s individual assets may have to pay vehicle liability claims in probate, where valid creditor claims have to be paid before the deceased person’s assets can flow through the will to beneficiaries.  Thus there may be none of dad’s own assets left for mom, and the kids, to live on!

Some younger parents worry that leaving assets from a deceased spouse in trust for them may be too restrictive.  But in North Carolina, the surviving parent can be the full manager, or  “trustee” of his or own asset protection trust, writing checks to himself or herself as needed for his or her health, education, maintenance, or support, or for his or her children’s same needs.  A “right of withdrawal” may also be written into the surviving parent’s asset protection trust, where, as beneficiary of the trust, the surviving parent can decide to withdraw any portion, or all, of the trust funds out the trust at any time, for any purpose.